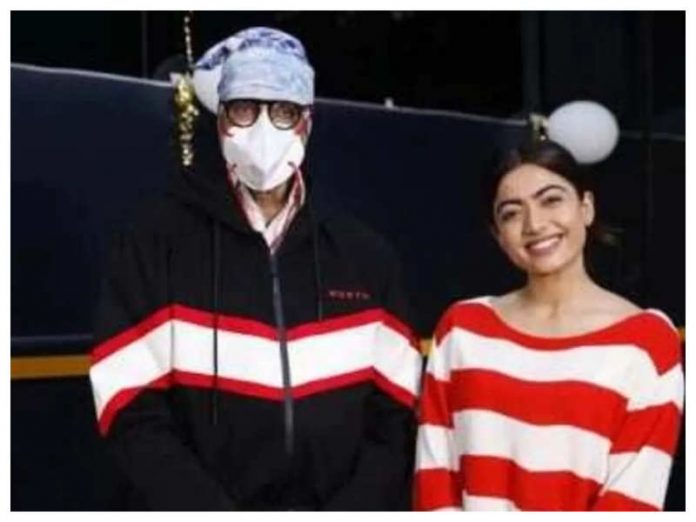 Vikas Bahl’s upcoming film ‘Goodbye’ starring Amitabh Bachchan and Rashmika Mandanna has taken everyone by surprise. Now, the image of the megastar from these movie sets has been leaked on social media and is going viral.

Dressed in a kurta and pajamas, Big B plays the white dull and salt and pepper hair in the film. Rashmi, on the other hand, is dressed casually and looks as beautiful as ever.

Nina Gupta will play the lead role opposite Amitabh for the first time in the film. The actress had earlier said in an interview that she has not started her scenes with Amitabh yet and is very scared of him. It will also star Powell Gulati of Anubhav Sinha’s ‘Tappad’ fame in the lead role.

Rashmika Mandanna is all set to make her Bollywood debut with ‘Mission Majnu’ opposite Siddharth Malhotra. ‘Goodbye’ will be her second Bollywood venture. The actress is a sensation in the South and fans can’t wait to see her sizzle on the silver screen in Bollywood.

Meanwhile, on the work front, Amitabh has Ayan Mukherjee’s ‘Brahmastra’, which will also star Ranbir Kapoor, Alia Bhatt, Nagarjuna Akkineni, Dimple Kapadia and Mauni Roy. He played the lead roles of Prabhas and Deepika Padukone in the untitled sequel of Nag Ashwin. He also starred in Nagaraj Manjule of ‘Sairat’ fame’s Bollywood debut film ‘Hund’. The release date of his Rumi Jaffrey co-starrer ‘Chehre’ starring Emran Hashmi and Riya Chakraborty is yet to come.